Ainol NOVO 7 Burning (Flame) has entered pilot production and is on schedule for the August 15th release – Burning has 1280×800 IPS screen, dual-core, dual-camera, and metal case 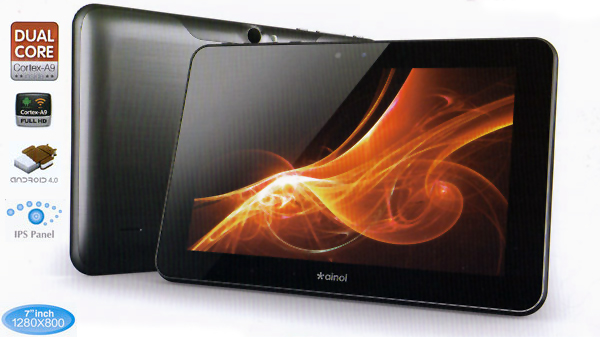 July 27, 2012, San Jose, CA, USA  Ainol has confirmed that they started the pilot production of  its upcoming top-end flagship tablet NOVO 7 Burning this week, and they are on schedule to release it on the August 15th. Ainol Novo 7 Burning is the newest and the only 7″ tablet with 1280×800 pixel 180 degree viewing angle IPS capacitive screen (same screen as the Google Nexus 7 ) and runs Android 4 .0.3 Ice Cream Sandwich . NOVO 7 Burning is powered by  a 1.5GHz AMLogic ARM 2nd generation Cortex-A9 based dual-core CPU. It has dual-camera – 2MP front facing webcam and 5MP rear facing camera. NOVO 7 Burning has HDMI port to let you play video on your big screen HD TV. It is the only one with ultra-thin metal case in all Ainol tablet models. Ainol NOVO 7 Burning has Google Play (Android Market) pre-installed.

As Ainol’s oversea distributor , uPlay Tablet will get the first batch of NOVO 7 Burning. We are taking pre-order on our Ainol NOVO 7 Burning product page for only $179.99.

The supply of Ainol NOVO 7 Burning will be tight at the beginning. We will follow the order of orders strictly. Order now to ensure you get one from our first batch. You can cancel your order any time before we ship.