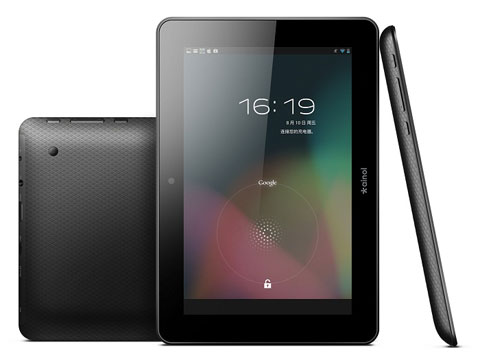 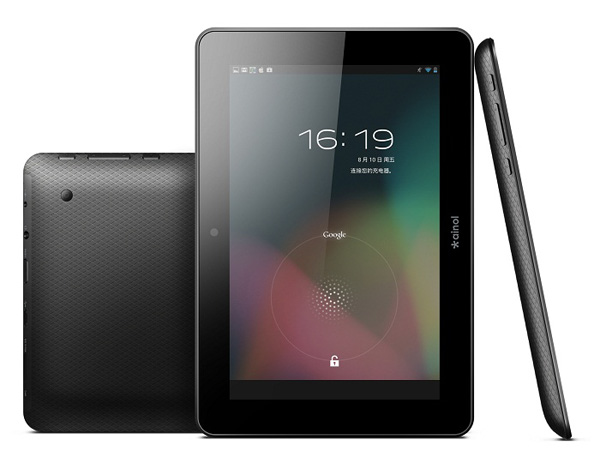 In stock (stocked in California for US customers).

Comparing with the original spec published by Ainol last Oct, Ainol has removed GPS and Bluetooth from NOVO 7 Venus. To make up this change, we decide to give all of our customers a free upgrade from 8GB to 16GB.

Ainol showed its roadmap at  China Electronics Fair held in Hong Kong in October, and they plan to release a numbers of new tablets , mostly of them are powered by quad-core CPU ACT-ATM 7029, one of them is a 7 inch NOVO 7 Venus with quad-core CPU, 1280×800 pixel IPS screen , 0.3MP front camera, 2.0MP rear camera, bluetooth , and GPS (the final product doesn’t have bluetooth and GPS). Comparing with the other 7 inch tablets announced by Ainol, such as Flame, Aurora II and ELF II , which use a reference design from AMLogic , NOVO 7 Venus uses a reference design from another provider.

The selling point of Ainol NOVO 7 Venus; other than its quad-core CPU, are high resolution IPS screen , quick boot, large battery, and bluetooth. Ainol NOVO 7 Venus used a rubber case similar, which Ainol claims is better than both plastic and metal cases.

Ainol NOVO 7 Venus is the first quad-core 7 inch tablet released by Ainol. It uses high resolution 1280×800 pixel 180 degree viewing angle IPS capacitive screen and runs Google’s latest Android 4 .1 Jelly Bean (the same OS on Google Nexus 7 ). NOVO 7 Venus is powered by  a 1.5GHz ACT-ATM7029 ARM 2nd generation Cortex-A9 based dual-core CPU with built-in dual-core GC 1000. It has dual-cameras – 0.3MP front facing webcam and 2MP rear facing camera. NOVO 7 Venus has HDMI port so that you can play video and games on your big screen HD TV. Ainol NOVO 7 Venus has Google Play (Android Market) pre-installed. Ainol NOVO 7 Venus has a large 4000 mAh battery, so you can enjoy playing game or surfing web for 8 hours without charge. Another unique feature is the Quick boot technology – it can wake up in 1 seconds, and boot up in 10 seconds.

We will include HDMI cable as free gift for all NOVO 7 Venus pre-orders.

Ainol NOVO 7 Venus has 7 inch IPS screen at 1280×800 high resolution –  you can see the picture and video clearly within the 180 degree viewing angle. IPS screen also has much better black color than the normal high resolution screen . You will be amazed the the clarity and true color of NOVO 7 Venus’s screen, particularly when playing games and watching movies and sports. 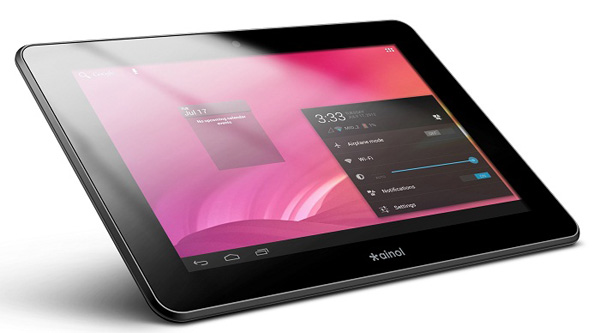 Google has made numerous improvements on its latest Android OS – Jelly Bean 4.1. Google used to play a catchup game with Apple iOS, but it becomes almost as good as iOS starting from Android 4 .0 Ice Cream Sandwich . In order to release its own tablet in this Summer, Google worked with Taiwanese computer maker Asus very closely, fine tuned its OS in every detail, and released this Android 4.1, so called Jelly Bean. Ainol NOVO 7 Venus is the third tablet released by Ainol with Android 4.1 ( the first one is Ainol NOVO 7 Crystal ), so Ainol has learned from its Crystal experience, and fixed bugs that found in Crystal. 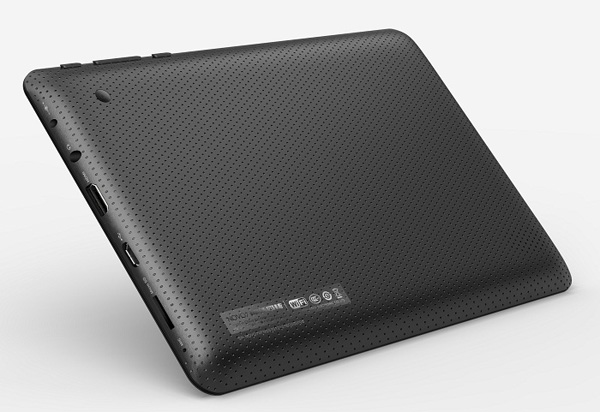 The 2nd Generation ARM Cortex A9 based 1.5 GHz Quad-Core CPU

The CPU of Ainol NOVO 7 Venus is the latest 1.5GHz quad-core ACT-ATM7029 (ARM Cortex-A9 based) processor and Dual-Core GC 1000. ACT-ATM 7029 is the first quad-core CPU seen on Chinese made tablet . Its CPU is based on mainstream ARM Cortex-A9 , the second generation of ARM CPU. The GPU is quad-core GC 1000 by Vivante. ACT-ATM7029 is made with 40nm process technology, which is about 2X faster and consumes about 1/2 power than other CPUs made by 65nm process technology. The performance of this quad-core should be close to the quad-core CPU used in Apple iPad 3 .

Part of core technology on ACT-ATM 7029 is Quick Boot – it can wake up from sleep mode in 1 second, and boot up in only 10 seconds. 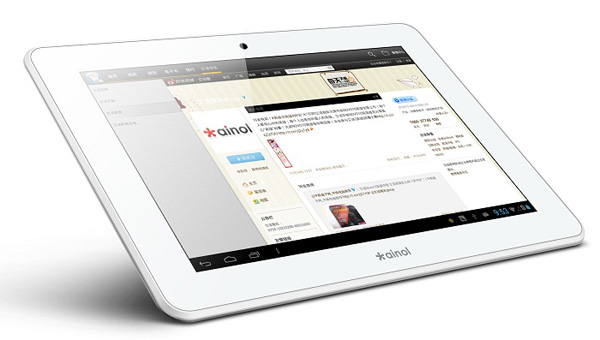 Ainol NOVO 7 Venus uses a  a large 4000 mAh battery, while most of the 7 inch tablets ’ battery is about 3000 mAh. Battery is one of the most important factors to consider when buying tablet. Most of the Chinese tablet makers are trying to use less capacity battery to cut cost, while Ainol always selects the largest capacity battery for the best user experience. With one full charge of this 4000 mAh battery, you can listen to music for 12~15 hours, play video and 3D game 8 hours, and surf web for 8 hours. Keep in mind most of those performance tests were measured when WiFi is off or screen is off, so the real performance number will be slightly lower.

Ainol NOVO 7 Venus use a new case that has encode a layer of soft rubber on the surface. Ainol claims it is more advanced than both plastic and metal case . 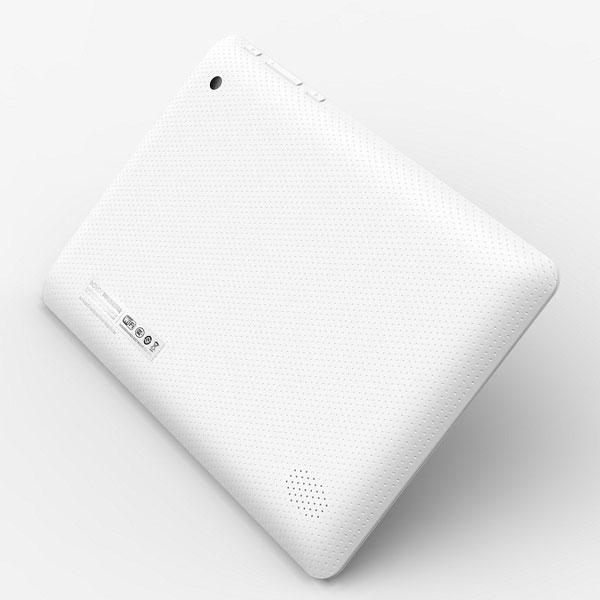 Ainol NOVO 7 Venus has both front facing and rear facing HD cameras. The front camera is 0.3MP, the back camera is 2MP, not impressive comparing with the camera on NOVO 7 Flame. You can use them to shoot photo, record video, and conduct teleconference. You can switch between front and rear camera in apps. Skype is supported.

Ainol NOVO 7 Venus supports Full HD 1080P and other HD formats. Once you connect it to your HD TV via the HDMI cable (free gift from uPlay Tablet ), it automatically recognizes HD TV connection, and output video signal to TV. It displays on both tablet and TV for all operations. 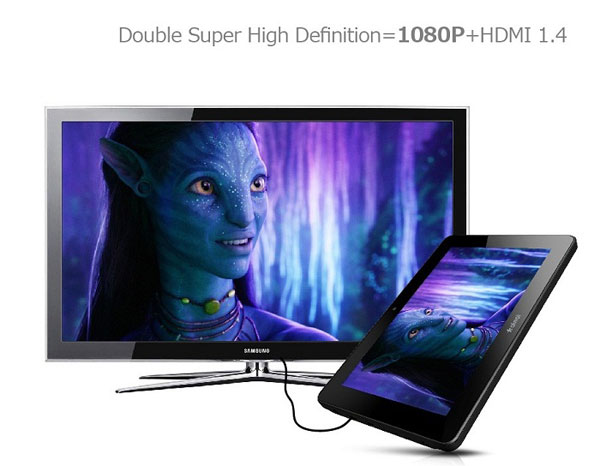 Ainol NOVO 7 Venus has 1GB DDR3 RAM (most tablets have 512MB memory). DDR 3 RAM is the latest memory technology, and it’s 2X faster than DDR2 RAM. Large memory allows numerous tasks and apps to be run at the same time with no loss in speed or responsiveness. Furthermore this allows data to be processed faster, meaning 3D games run better than ever! 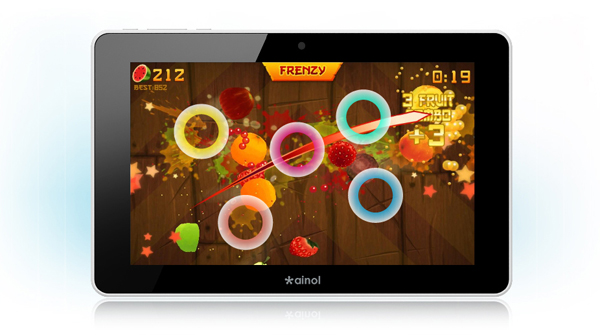 Ainol NOVO 7 Venus’s WiFi chip is made by Broadcom – the industry leader on WiFi chips.  It supports WiFi standard 802.1 b/g/n with a maximum speed of 300M. The WiFi chip in most of the Chinese made tablets are designed by either domestic fabless companies or design companies in Taiwan. WiFi compatibility is one of the common issues that we have seen (other than battery and charging).  The Broadcom WiFi chip has better compatibility. NOVO 7 Venus also supports external 3G dongles (see supported 3G dongle list at the end for more details). 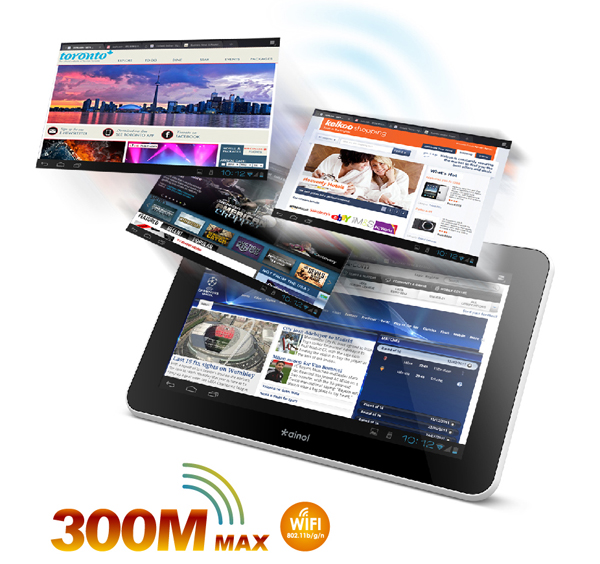 For those who do not know what IPS is, IPS stands for In-Plane Switching which was developed by Hitachi back in 1996. An IPS display gives you a better display, more vivid color, and a wider angle for viewing. See the comparison below.

Manufacturer Suggested Retail Price: $189.99 (8GB version). Special promotion price ONLY $129.99. a HDMI cable is included as a free gift from uPlay Tablet. The shipping cost is $14.95 no matter where you are. We use Singapore Post Registered Air Mail with a tracking number (signature required at delivery).

You might be able to find some online stores selling Ainol NOVO 7 Venus for a few dollars cheaper, but all of those stores are selling the Chinese version for the China domestic market – the default language in the tablet, reference manual, product warranty card, and package are all in Chinese. Most of those stores are based in Shenzhen, China. It would cost your $40~$60 to ship your tablet back to them if you need replacement or repair, while uPlay Tablet is Ainol’s distributor in North America, our office and customer service are in Silicon Valley, California, your return and repair are handled in California as well.

Check out our Ainol NOVO 7 Venus support forum. Have a question about this tablet? ask your question here. You will get answer by email.