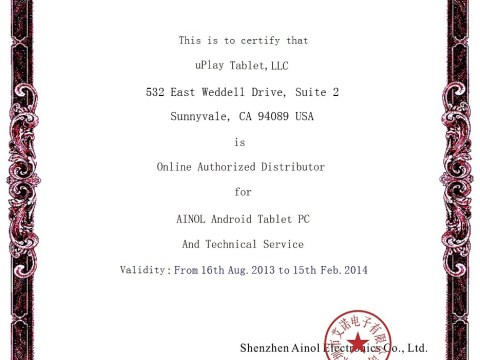 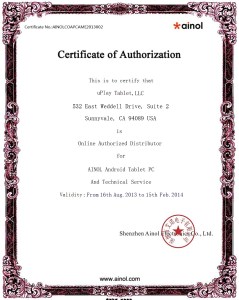 Ainol Electronics, Ltd. was founded in 2004 in Shenzhen, China, and is a household name in China for MP3 and MP4 players. Ainol has it\’s own RD, development, manufacturing facility and sales team. Ainol\’s factory in Shenzhen has more than 32,000 square meters, with state-of-art manufacturing, assembling, and testing equipment.

Ainol entered the Android tablet market in 2010, and have released a number of very popular tablets , such as the Ainol NOVO 7 Basic, NOVO7 Advanced. In December 2011, Ainol released the first Google authorized Android 4 .0 tablet  NOVO 7 Paladin based on the MIPS CPU. Then in January 15, 2012, Ainol released another two Android 4 .0 tablets  NOVO 7 ELF and NOVO 7 Aurora, both based on AllWinner ’s ARM based many-core CPU A10. NOVO 7 Aurora is the first 7″ tablet with the IPS screen . NOVO 7 Android 4 .0 tablets won the second place of the “Best Tablet Award” at Consumer Electronics Show (CES) held in Las Vegas in January, 2012.